Think winter is a downer? Think again! Here on Florida’s Forgotten Coast, we absolutely love this time year because it’s when Apalachicola’s Dixie Theatre kicks off its season. From January through March, the historic theatre comes alive with exciting musical performances, comedy shows and other awesome events.

After it was built in downtown Apalachicola in 1912, the Dixie Theatre became the entertainment center of Franklin County. The venue initially hosted traveling shows and acting troupes. With the advent of movies, it was converted to a motion picture theater in 1915. Sadly, Dixie Theatre closed in 1967 and remained shuttered for more than two decades.

In the 1990s, Rex, Cleo & Dixie Partington purchased the property and renovated the theatre, which officially reopened in 1998. The Dixie Theatre Foundation has produced more than 50 professional theater productions, as well as many musical events.

Today, the theatre’s professional season runs every January, February and March. If you’re looking for something fun to do this winter, come on down to Apalachicola to enjoy one of these exciting shows at North Florida’s Oldest Theatre, the DIXIE.

The Secret of My Unsuccess by Comedian Earl David Reed 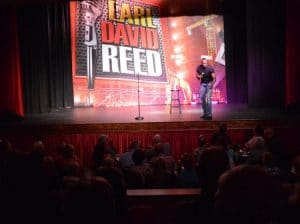 Saturday, January 25 @ 8 – 10 pm
If you’re in need of an evening full of side-splitting laughter, The Secret of My Unsuccess is the show for you! A trendsetter in the comedy and radio world, Earl David Reed has been doing stand-up comedy for 15 years. He has performed at more than 100 comedy clubs and colleges and is a fan favorite in Las Vegas and Atlantic City. Once referred to as an “urban Don Rickles,” David interacts with the crowd in a brilliantly hilarious way. He has appeared on The Tonight Show with Jay Leno, HBO, Showtime, Fox’s Comic Strip Live, A&E’s Comedy on the Road and NBC’s Friday Night Videos. 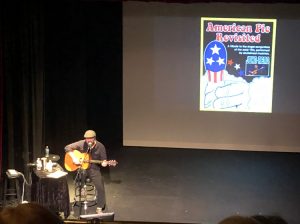 Friday, January 31 @ 8 – 10 pm
Starring acclaimed singer and guitarist John Reno, American Pie Revisited is an interactive, multimedia performance that celebrates songs of the late 60s and early 70s. The show features photographs and videos from the era along with musical favorites, including tunes by Don McLean, James Taylor, Paul Simon and many more.

Saturday, February 1 @ 8 – 9:30 pm
Don’t miss this moving Tribute to Jim Croce, one of America’s most enduring singer-songwriters. In this unforgettable performance, John Reno blends acoustic guitar and vocals to capture the essence of a man whose musical melodies are absolutely timeless. This show features the greatest hits of Croce’s tragically short career, from the rollicking “Bad, Bad Leroy Brown” and “You Don’t Mess Around with Jim” to his more heartfelt ballads, including “I’ll Have to Say I Love You in A Song,” “Operator” and “Time in A Bottle.” John covers the Croce catalogue, offering anecdotes about the late performer and the characters who inspired his songs. 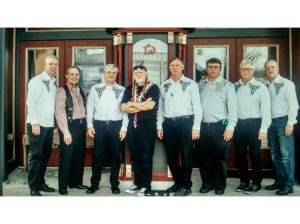 Ready to plan your next visit to the Forgotten Coast around one of these spectacular shows at the Dixie Theatre? Book your winter getaway today.