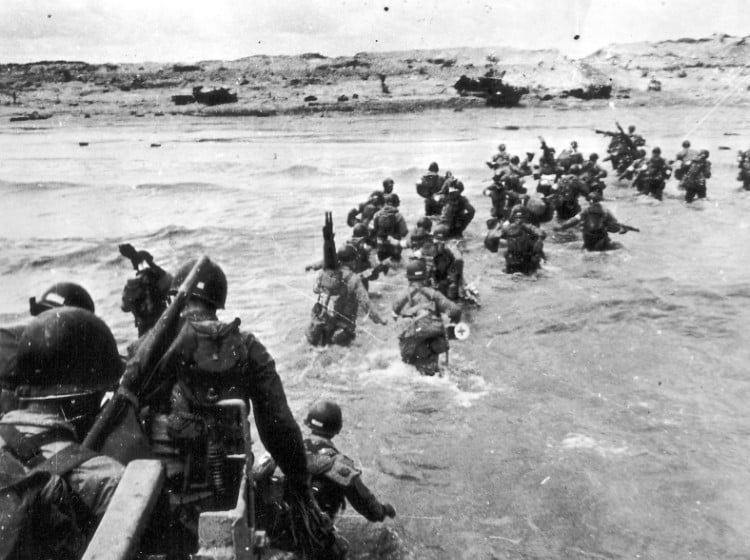 Camp Gordon Johnston WWII Museum in Carrabelle is presenting a special exhibit Commemorating D-Day. This exhibit will open Tuesday, June 7 and will be on display at the museum until Saturday, July 9. The museum is open every Tuesday through Saturday from 11 am to 5 pm. There is no charge for admission, but donations are gladly accepted.

When Camp Gordon Johnston opened in 1942 in Carrabelle, FL, its main purpose was to train entire infantry divisions, including the U. S. Army’s 4th Infantry Division, and their support units in amphibious warfare. This training and the men who trained here would be put to the test on the heavily fortified beaches of Normandy, France on D-Day, June 6, 1944. The first amphibian infantry assault teams to arrive on French soil were from the 4th Infantry Division at Utah Beach. The D-Day invasion was the largest seaborne invasion in history and included over 100,000 Allied troops.

This D-Day exhibit will include the personal papers and other items from the family of Capt. John E. Mellen, who commanded the 818th Amphibious Truck Company and was with them from their training at Camp Gordon Johnston through the end of the war and beyond. The 818th trained at Camp Gordon Johnston late 1943-early 1944. The 818th deployed to England to prepare for the invasion of Normandy and was attached to the 1st Engineer’s Special Brigade and landed on Utah Beach, June 6, 1944. For this they received a Meritorious Unit Citation and Croix de Guerre with palm. Five members of the 818th received Bronze Stars for their actions on that day.

The Carrabelle Beach Assault video will be shown throughout the day running every 10 minutes. This Army training short film shows the D-Day training as it happened on Carrabelle Beach during March of 1943. There are several well-recognized photos of the Carrabelle Beach assaults taken from this video footage, which was filmed by the U.S. Signal Corps. The amphibious training conducted at this site was to be the last training before shipping out to England.

Also during this exhibit, there will be other displays to honor D-Day, including an interview of a 28th Infantry Division veteran that trained at the Camp, the three WWII military vehicles and the replica Higgins Boat on display.

Camp Gordon Johnston WWII Museum is located at 1873 Hwy 98 West, directly across from the very beach where the beach assault training occurred in 1942-1943. Carrabelle Beach was the site of many practice beach assault landings.