You are here: Home > Blog > 3 of the Most Beautiful and Historic Churches in Apalachicola

3 of the Most Beautiful and Historic Churches in Apalachicola 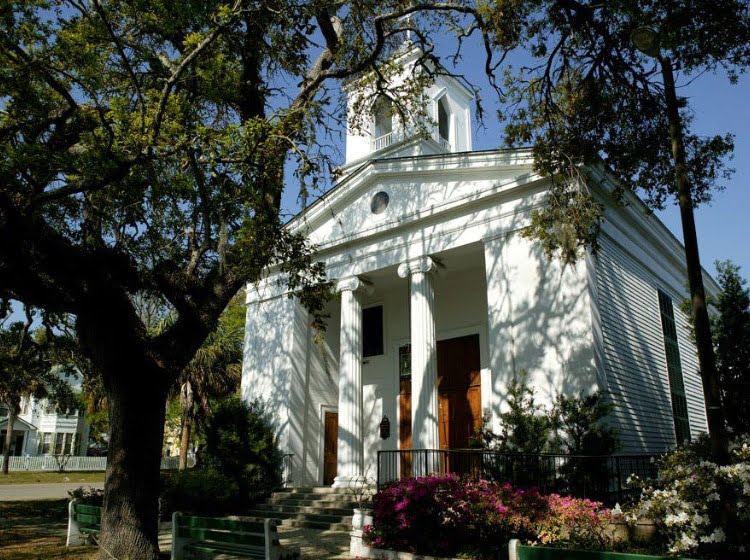 Visiting churches can be a personal and illuminating experience.  We invite you to see 3 of Apalachicola’s most historic churches and enjoy an opportunity to get closer to the history and culture of our area since the days of slavery.  Apalachicola is certainly well-known for its old Florida charm and fishing opportunities, but did you know that the National Trust for Historic Preservation calls it a “distinctive destination.”  Apalachicola has an abundance of fascinating history to share and tell. 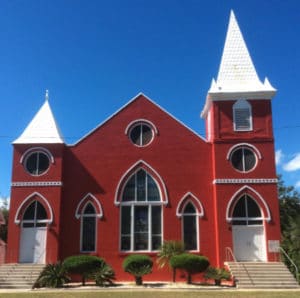 St. Paul’s AME Church in Apalachicola sits proudly at 81 Avenue I, just a block from the Hill District’s historic Orman House and Museum.  Orman was the largest slave owner in Apalachicola, and St. Paul’s parishioners, slaves, and workers lived nearby.  The congregation completed the Gothic revival structure with bullseye and stained-glass windows in 1921.  Construction of the building actually began in 1913 but was held up until 1921 because of a shortage of funds.  Several fires destroyed the interior of the church, but the interior was rebuilt each time.

The African Methodist Episcopal Church, the first major religion in the United States that developed because of race rather than theology, began their doctrine mirroring the Methodist Church and its passionate founder, John Wesley’s hatred for slavery and discrimination. 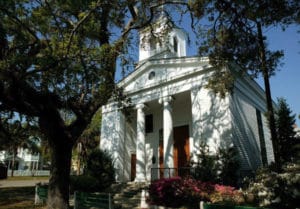 Originally known as Christ Church, Trinity Church, one of two Greek Revival Style buildings in Apalachicola, was built in 1838.  Workers assembled the made to order walls and structure shipped from New York.  Inside the elegant sanctuary, beautiful stenciling, with 27 stars representing the number of states in the union at the time, circles the antique chandelier.  The carefully maintained sanctuary looks very similar today as it a century ago.  Listed on the National Register of Historic Places, Trinity Episcopal Church is the sixth oldest church in Florida and the second oldest church still holding services.  The Queen Anne-style Rectory, just next door, was built in 1900.  The Parish hall on the other side of the church was completed in 1932. 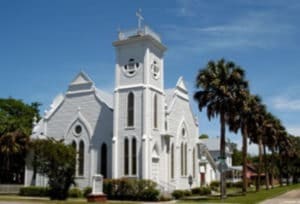 Sitting on the corner of Avenue E and 5th Avenue, First United Methodist Church may be the most prominent church in Apalachicola.  The Gothic and Renaissance style building was built in 1846 and is listed on the Registry of Historic Sites.  Interestingly, the congregation of the church started as the Methodist Episcopal denomination.  Destroyed in the same fire of 1900 that destroyed most of Apalachicola’s business district, First United Methodist Church was quickly rebuilt in 1901.  The beautifully maintained sanctuary is a favorite spot for weddings to this day.

Everyone will appreciate the breathtaking beauty of these historic churches.  Be sure to include St. Paul’s AME Church, Trinity Church, and First United Methodist Church on your vacation itinerary.