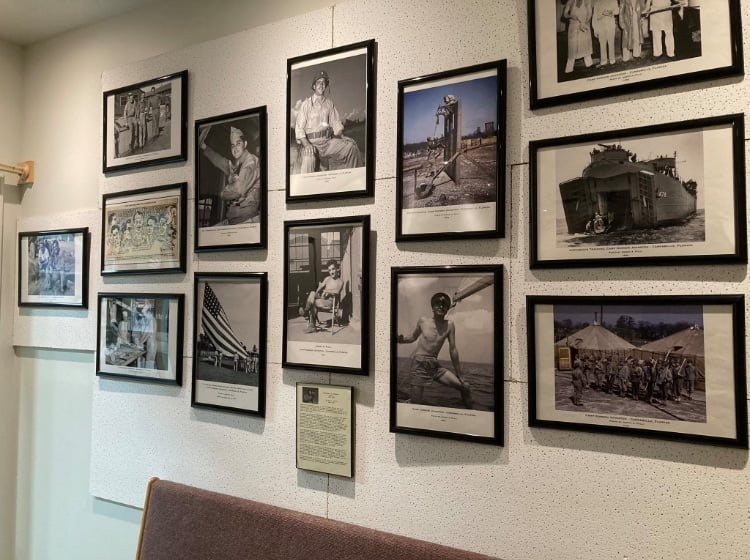 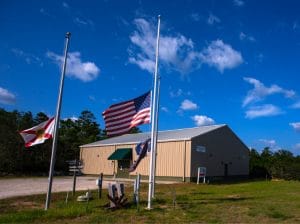 Camp Gordon Johnston WWII Museum in Carrabelle is excited to announce a special exhibit – Operation Market Garden. This temporary exhibit on Operation Market Garden will be on display only until October 31, 2020 at 5 pm. In addition, the museum has recently opened two longer-term displays, the Joseph Pulli Photograph Collection and a display of the museum’s Sweetheart and Mother Pillowcase collection. There is no charge for admission but donations are gladly accepted. 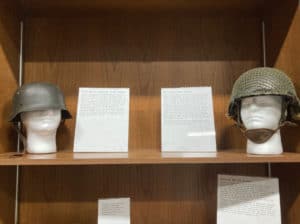 The Operation Market Garden exhibit presents the military commanders from both the Allies and the Germans, and presents information of the Horsa and Waco gliders, as well as the Douglas C47 Skytrain aircraft used to bring troops and equipment from England. The battle was commemorated in the 1977 film, “A Bridge Too Far”. Band of Brothers, a miniseries from HBO in 2001, also depicted the 101st Airborne’s part in this battle. They landed near Eindhoven and Veghel.

Also, Camp Gordon Johnston has reopened its theater room but temporarily repurposed as exhibit space. The theater room is now home to two new displays. The Joseph Pulli Photograph Collection presents the work of Joseph Pulli who was the photographer for the “Amphibian”, the Camp Gordon Johnston newspaper. The museum is excited that these amazing photographs are once again accessible to the public. Thanks to Pulli’s family, the museum now has a biography displayed with Pulli’s photographs. The display of Joseph Pulli photographs will be a permanent addition and remain in place after the room is eventually converted back into a theater. 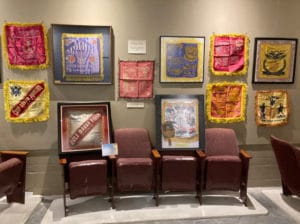