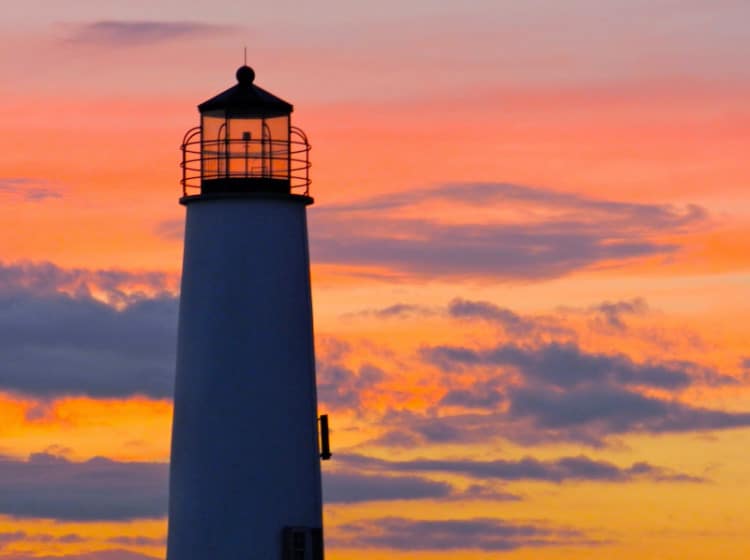 We’ll be going live from the top of the lighthouse for a virtual sunset/full moon climb. We hope you’ll join us on Facebook to view the sunset and moon rise. The October full moon is called the Halloween Hunter’s Blue Moon. It is called the Hunter’s Moon because Native American tribes began hunting when the deer had fattened themselves over the course of the summer, and hunters tracked and killed prey by autumn moonlight, stockpiling food for the coming winter. It will also be a Blue Moon as it is the second full moon in October, giving it that designation. Full Moon names are attributable to native American tribes, most notably the Algonquin, who named the moons to mark the changing seasons. (weather permitting – if it’s not too cloudy or rainy)