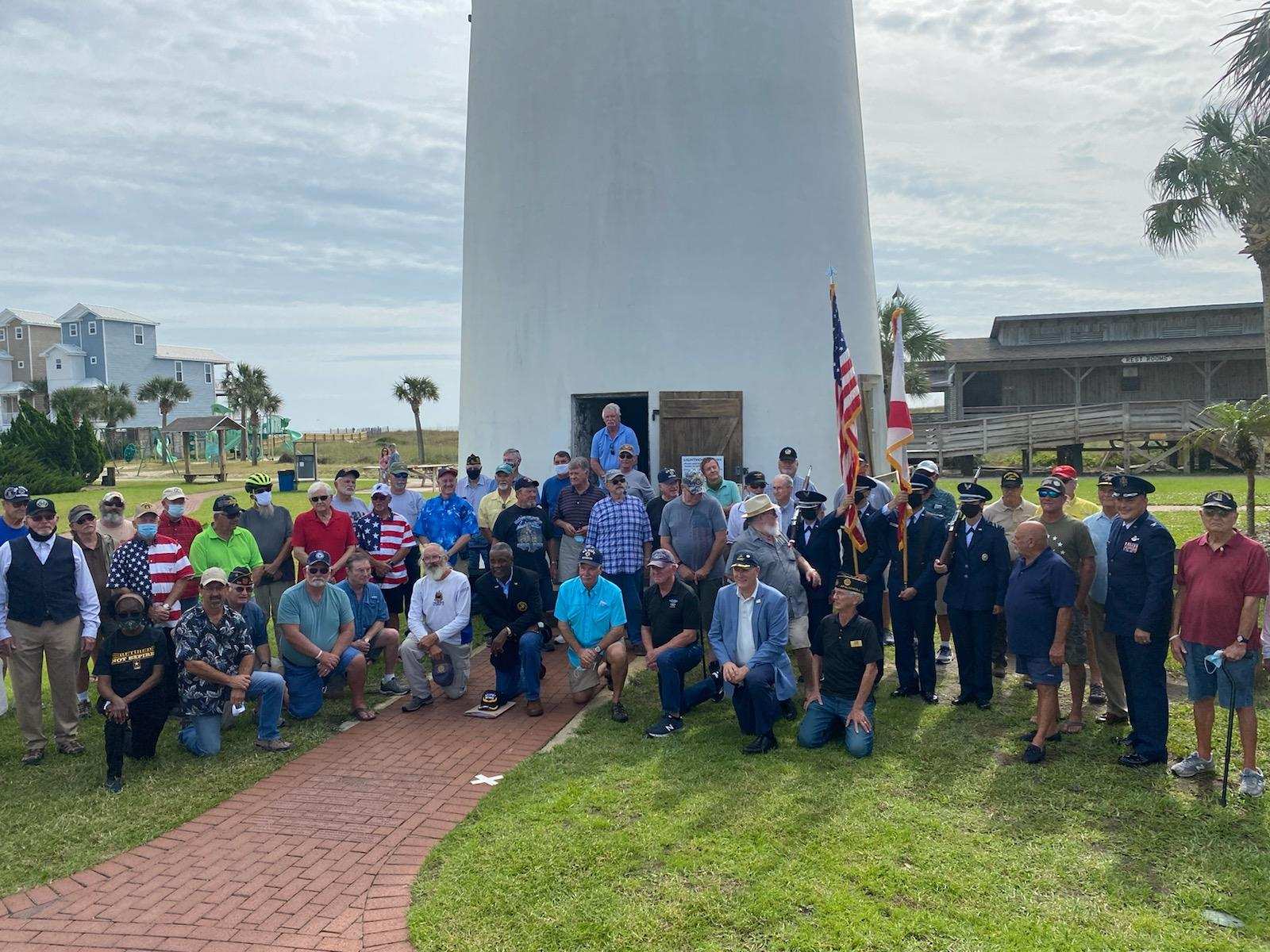 The St. George Lighthouse Association in partnership with SGI Veterans Reveille Group and the 106th American Legion in Apalachicola invite everyone to attend the Veterans Day Ceremony in Lighthouse Park on Thursday, November 11, 2021, at 11 AM.

Veterans Day is an official United States public holiday, observed annually on November 11, that honors military veterans; that is, persons who served in the United States Armed Forces.
Guest speaker will be Major General Donald Ralph, US Air Force, Retired. He retired in 2015 as the Mobilization Assistant to the Commander, Air Force Special Operations Command, Hurlburt Field, Florida. He served as the principal advisor to the Commander for all reserve component matters and oversees reserve force readiness, integration, operations, and mobilization in time of crisis and war.

General Ralph entered the Air Force in 1980 as a graduate of the U.S. Air Force Academy. He served as a C-130 advanced flying training instructor pilot, followed by an Air Staff Training assignment at the Pentagon. He was then selected initial cadre aircraft commander to fly the B-1B bomber at McConnell AFB, Kansas followed by selection to attend U.S. Air Force Test Pilot School. General Ralph has served as an instructor, flight examiner and operations officer of a tactical airlift squadron. He commanded the 53rd Weather Reconnaissance Squadron, the world famous “Hurricane Hunters.” Over his 35-year career, he has worked for commanders of two combatant commands and commanders of four major commands. In his civilian occupation, he is employed as an international captain on the B-767 for a major airline.

We encourage you to attend as we honor all veterans and fill Lighthouse Park for this very important event. Refreshments will be served after the ceremony and the lighthouse will be open to everyone with free climbs offered to all veterans.