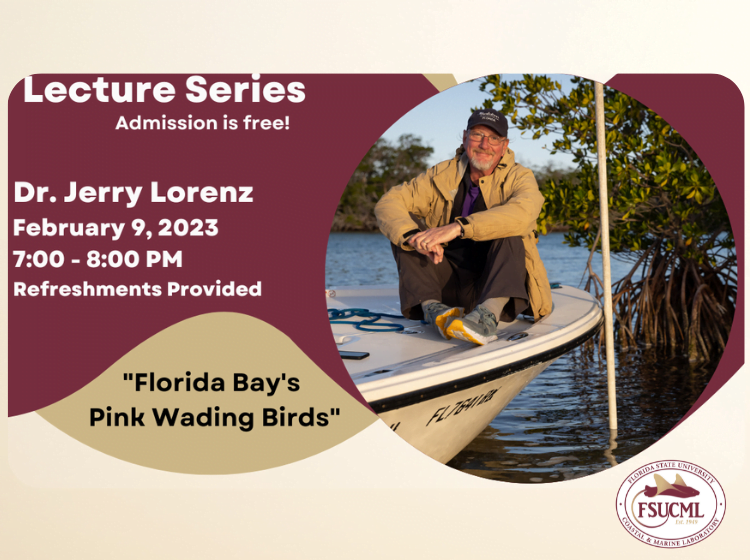 Over a thirty-year career, Dr. Lorenz has studied the ecology of Florida Bay focusing on Roseate Spoonbills and, more recently, on American Flamingos. He will present some of his scientific findings regarding both species with a focus on conservation and restoration of the Everglades and Florida Bay. With Flamingos, he presents why the state of Florida considered them an introduced species and why historic and recent data indicates that they are indeed native to Florida. He discusses that Florida Bay was historically the major habitat for Flamingos in the state and why they warrant legal protection. Using Spoonbills as an ecosystem indicator species he reviews the reasons for the decline of this species since the early 1980s; what Everglades Restoration is doing and should be doing for this species and why climate change and sea level rise are further threatening what was once the sole nesting place for this species in Florida.

Jerome J. Lorenz’s research focuses on the impact of water management in the southern Everglades on the coastal ecosystems of Florida Bay. Specifically, the project examines the linkages between fresh water deliveries from the Everglades, the abundance of aquatic plants and prey fishes in the mangroves and the success of nesting Roseate Spoonbills in Florida Bay. In 2000 Jerry became Research Director at Audubon Florida’s Everglades Science Center after completion of his Ph.D. from University of Miami. He was promoted to Research Director for Audubon Florida in 2005. He currently serves as a member of the Florida Keys National Marine Sanctuary Advisory Council and on the Monroe County Climate Change Advisory Council.