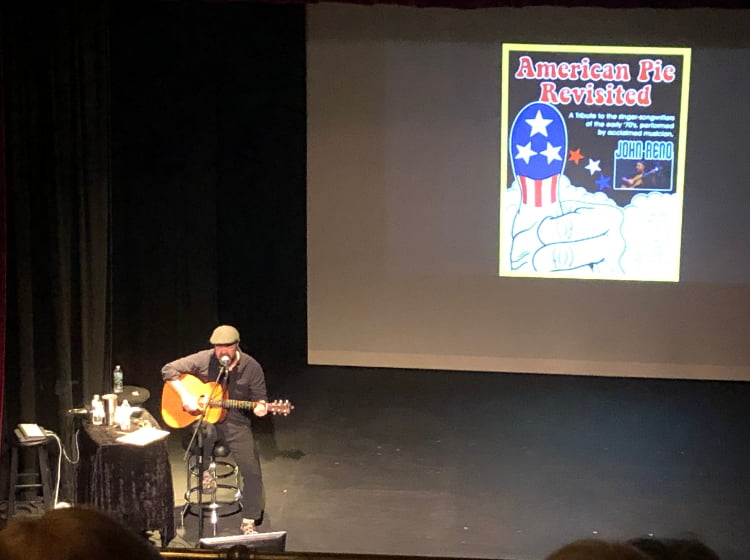 American Pie Revisited is an interactive, multi-media, music performance celebrating the songs and pop culture of the late 60’s and early 70’s, performed by acclaimed singer and guitarist, John Reno. The show features both iconic photographs and videos of bygone days along with many tunes that are crowd favorite sing alongs. This will be John’s 5th Appearance at the Dixie having previously performed his fabulous Tribute to Jim Croce for 3 seasons and America Pie last season. We’re so looking forward to this talented fellow performing some of the best years of music including Don McLean, James Taylor, Paul Simon and many, many more. Come have some fun!