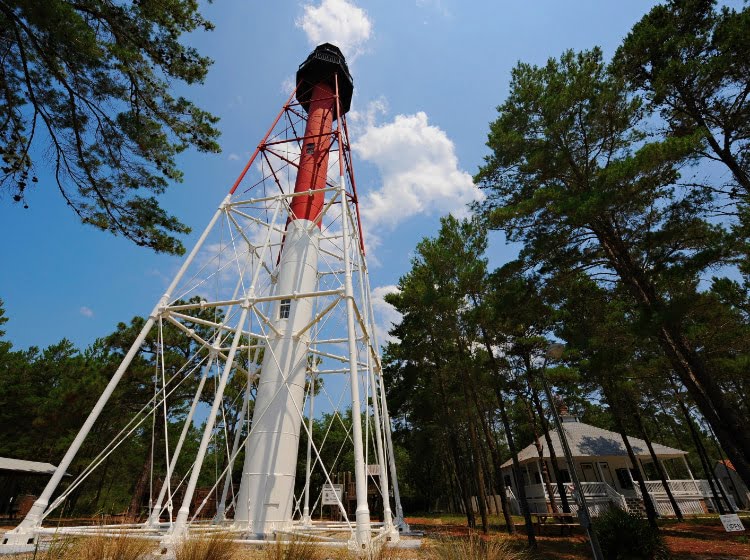 For nearly 100 years the Crooked River Lighthouse in Carrabelle, Florida stood as a guiding light for ships, fishermen, and oystermen navigating the treacherous pass between Dog and St. George Islands.

The lighthouse stands on the main land where it was originally built in 1895, replacing the three short-lived beacons destroyed by hurricanes on Dog Island. The 103 foot iron and steel structure was decommissioned by the Coast Guard in 1995 and is listed on the National Register of Historic Places.